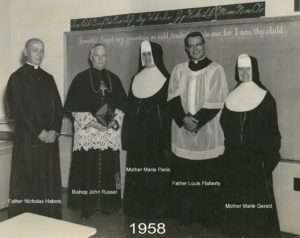 In 1915, St. Mary's Catholic Basilica in Norfolk began plans for a small chapel beside Lake Holley on land obtained from Mr. James S. Groves of the Virginia Beach Development Company. Over the next four decades, rapid growth of the parish placed space demands on the small chapel, resulting in various renovations and construction phases. In the 1950s, Father Nicholas Habets furthered expansion by overseeing the construction of Star of the Sea Catholic School.

Star of the Sea Catholic School opened in 1958 and was staffed by the Sisters, Servants of the Immaculate Heart of Mary (IHM). At that time, there were eight classrooms to accommodate grades one through eight. With the arrival of Father Francis Bambrick in 1962, the gymnasium building was constructed, which also housed the school office, dining room and several classrooms. In 1996, the Sisters were called back to their Mother House. Although no longer at the school, students and faculty still enjoy the teachings and inspirations of the IHM. Students send cards to the IHM retirement home, Camilla Hall, and receive helpful classroom and religious posters, notes and pamphlets, while the faculty takes advantage of in-services provided by the IHM. 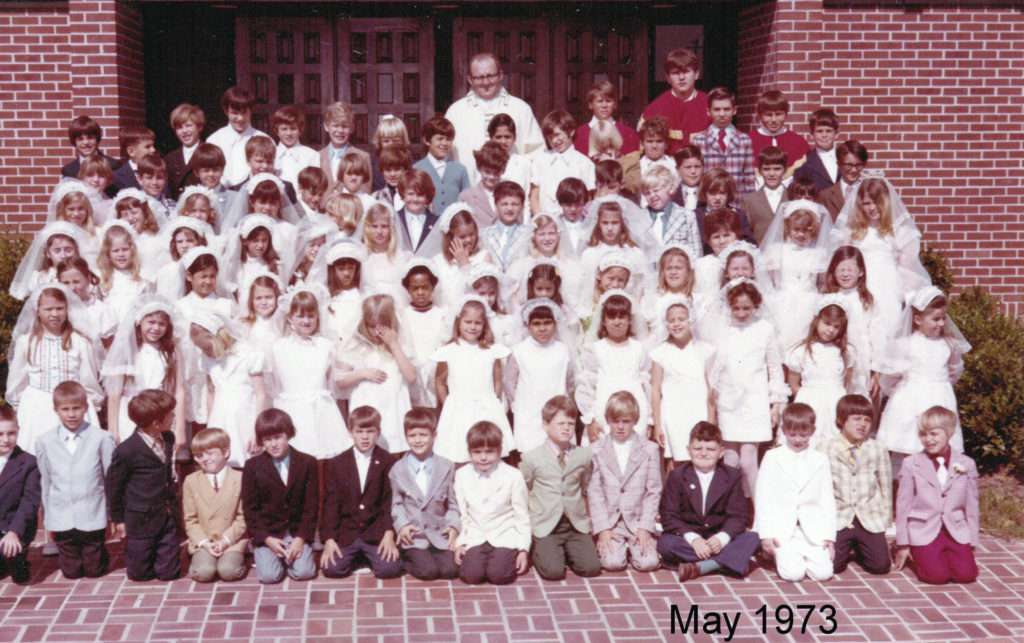 Over the years, the school expanded, adding the capacity of multiple classrooms per grade in addition to Pre-Kindergarten and Kindergarten. In 2005, Star of the Sea Parish added a new parish hall which allowed the school to share a state-of-the-art cafeteria, additional classrooms as well as a new facility for activities and school events. In 2017, a new administrative wing was completed which allowed for the addition of more classrooms as well as relocating the school office to a more modern and beautiful facility.

The school serves families in areas of southeastern Virginia Beach and beyond. Prayer and Grace-Before-Meals are integral parts of the school day from beginning to end. Extended care is available to students before and after school hours by a CPR-certified staff.

We at Star of the Sea Catholic School are very excited to celebrate a half century at the beach.